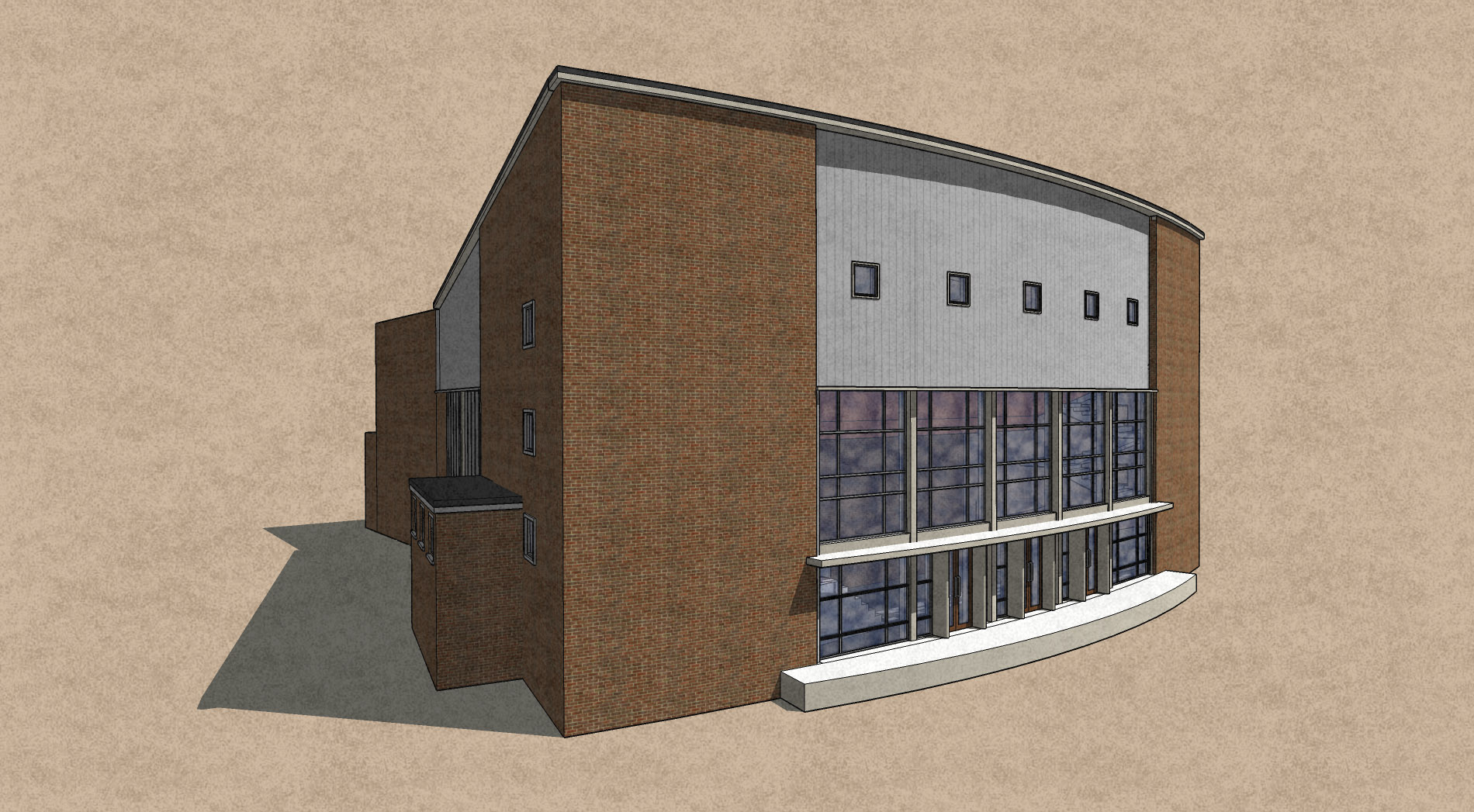 The Great Hall was built along with the rest of Sandfields Comprehensive School in the 1957/1958, opening to pupils in 1958.

The building consisted of  a theatre seating 650 across a stepped stalls and balcony along with a small double-height foyer space and adjoining toilets.

Following the closure of the school in 2016 the site was due to be converted into a welsh language school. New-build finance became available to the local authority and the building was demolished along with the rest of the school buildings for a new build, Ysgol  Gymraeg Bro Dur which is opened in September 2018.