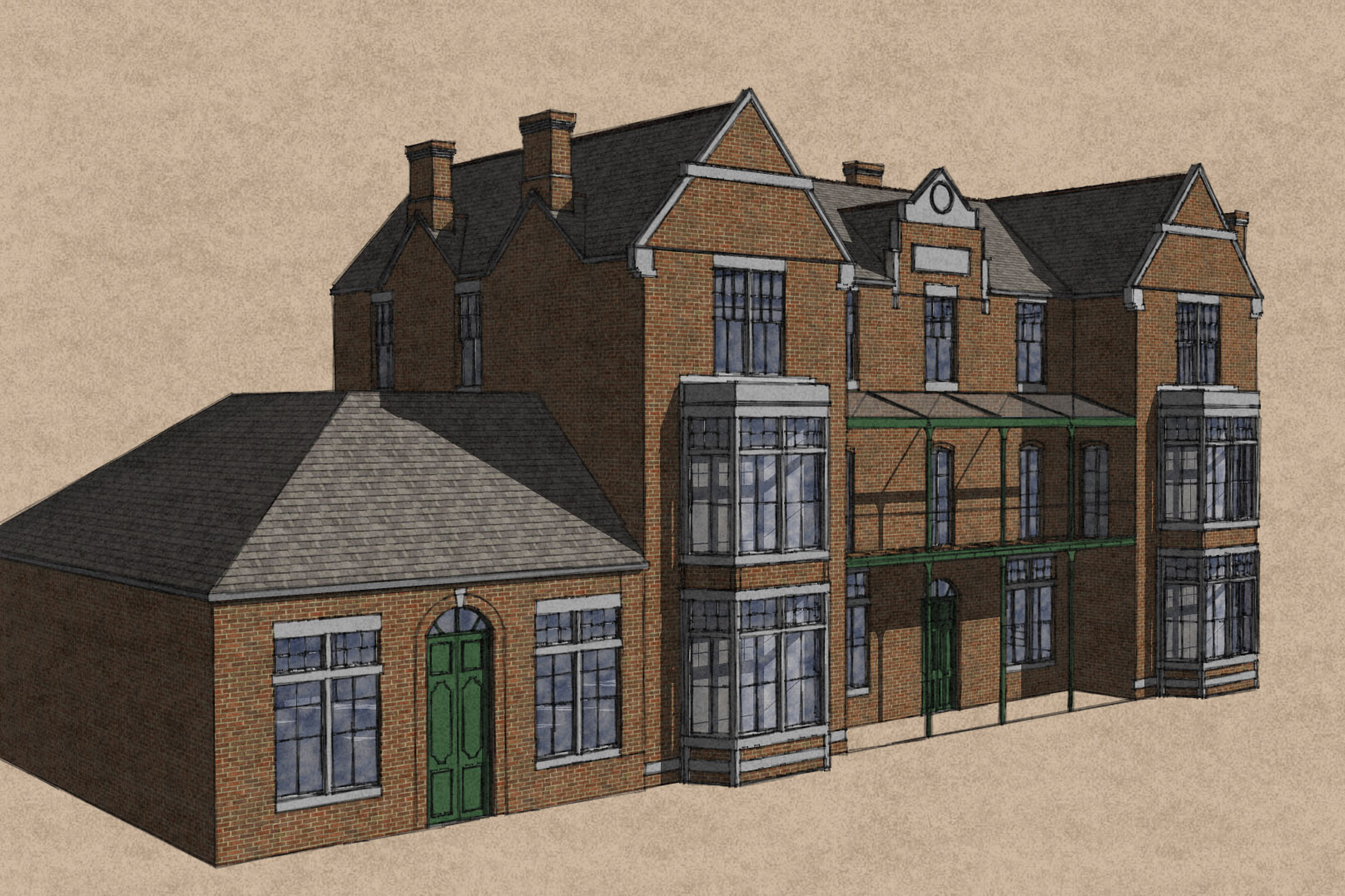 This building is the first of two ‘Jersey Beach Hotels’ to grace Aberavon Beach. Arguably this original building is much more appealing than its flat-roofed successor which would be built after this building suffered a disastrous fire in 1908, reducing it to a shell.

The Jersey Beach Hotel was the first permanent building to be built at Aberavon Beach and was constructed from 1899-1900 and opened in July 1900. 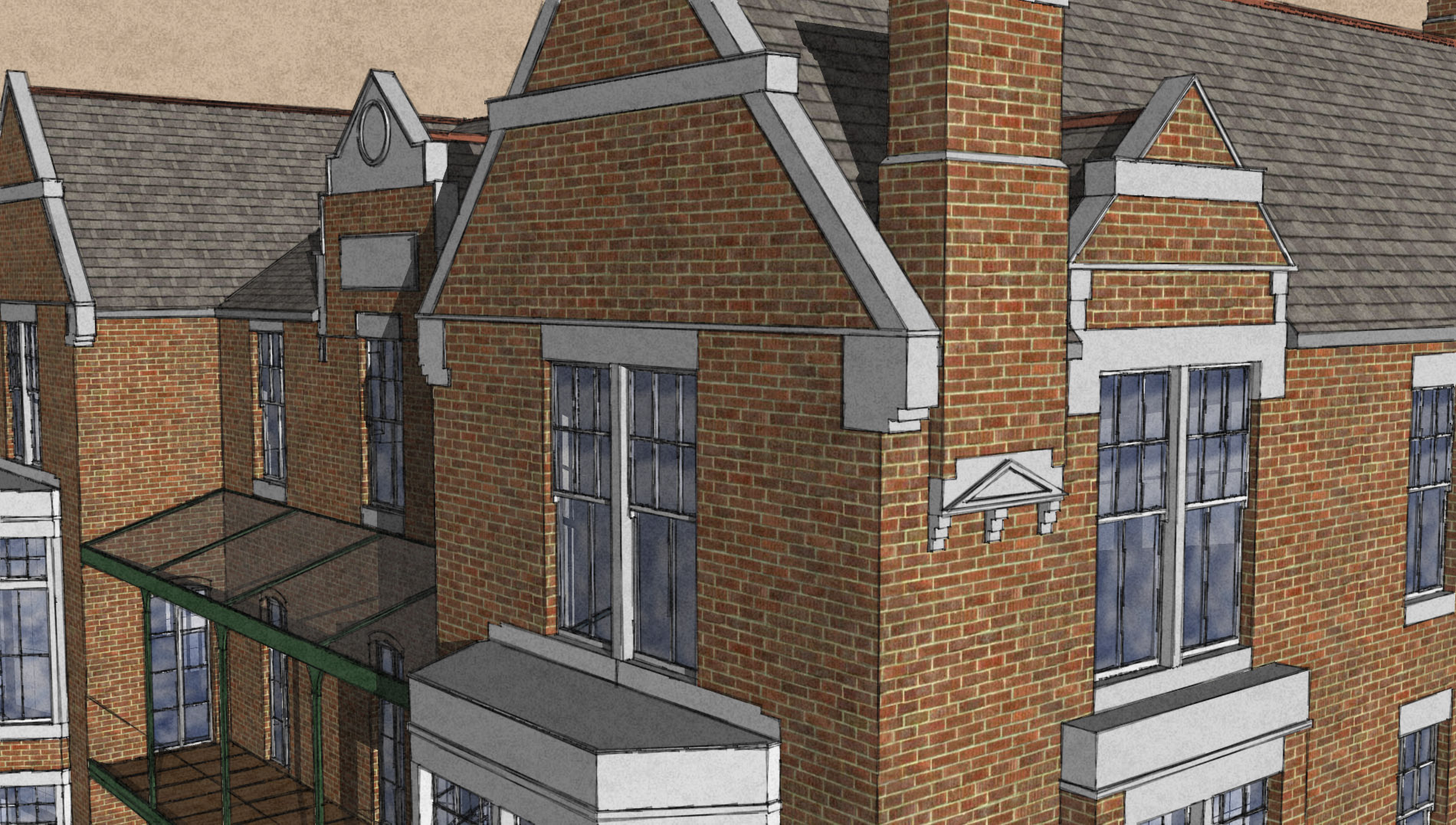 Closeup of the detail in the buildings’ stonework

The building pre-dates the promenade and sea wall, which eventually followed two years later in 1902 at the cost of £4000. That same year the breakwater was converted into a public promenade, work on that was completed in only six weeks, costing £1200.

The Hotel itself consisted of 14 bedrooms, lounges, dining rooms, bars and a tea room/banqueting room seen below on the left hand side. 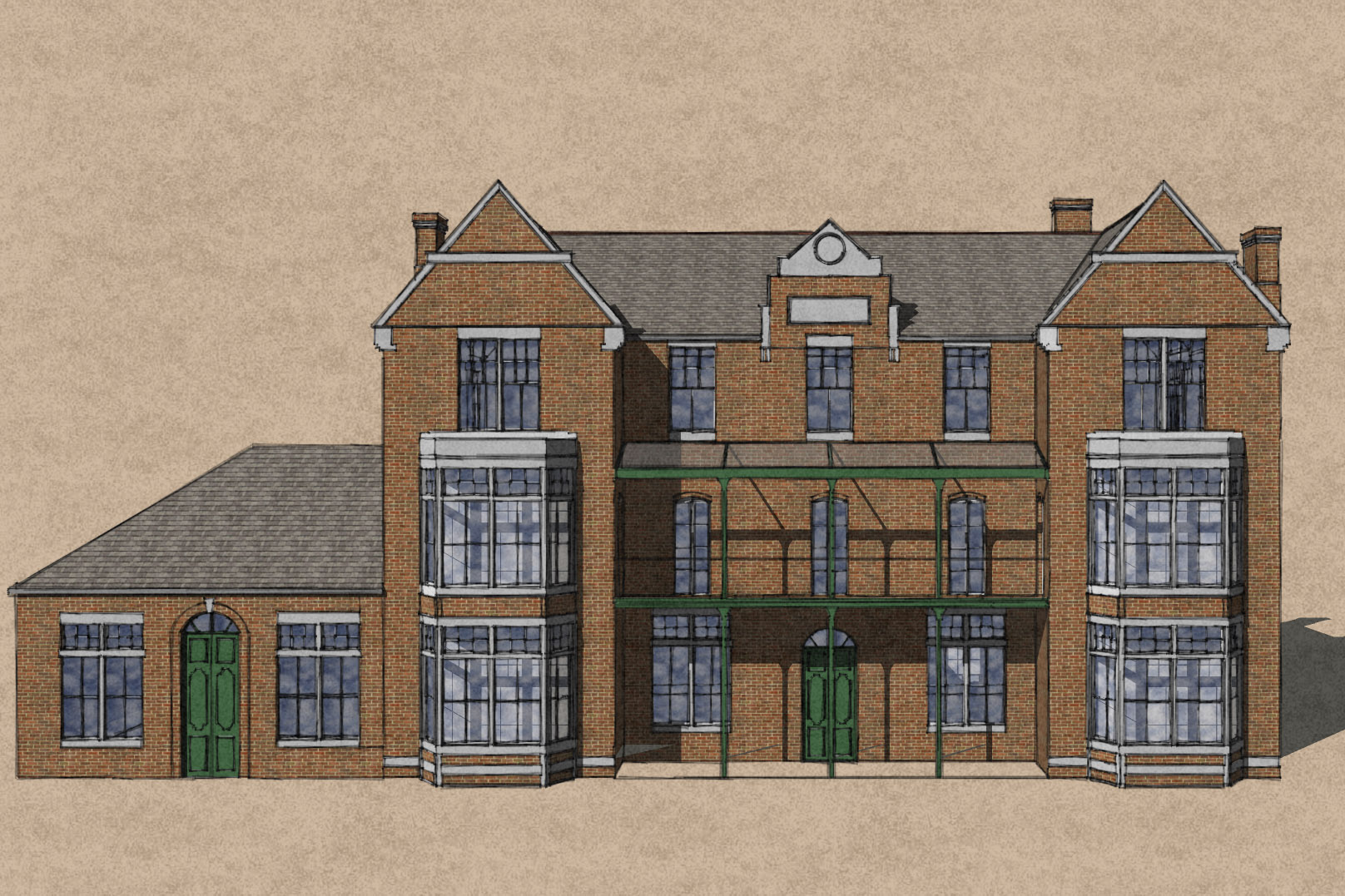 The model will be updated shortly to show the interior layout of the hotel.